How I Landed A Full Scholarship To Medical School

“How I Landed A Full Scholarship to Medical School”

Getting a scholarship to medical school is hard. Like, really hard.

So my first piece of advice is just to pray because in the end I think that it was what truly secured my scholarship.

So let me tell you how God works: When I was fresh out of college, I returned to my alma mater, 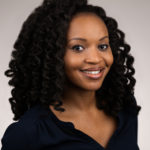 Duke University, for a sorority mixer during homecoming weekend. There, I met one of my sorors, Dr. Todra Anderson-Rhodes. We got to talking and she told me she was a graduate of the University of Pennsylvania School of Medicine, which at the time was my top choice for medical school. She told me that if I never needed anything, to reach out to her via email.

I interviewed at UPenn later that fall and while on campus I fell in love. As decisions rolled around, I became increasingly nervous about my chances of getting accepted.

I reached out to Dr. Anderson-Rhodes and asked her if she would be willing to make a statement on my behalf. I name dropped her once during my interviews and got quite the reaction. She had left quite the impression during her time at UPenn and her word held a lot of weight.

Dr. Anderson-Rhodes had graduated at the top of her class, earning Alpha Omega Alpha honors and won the Helen O. Dickens Award at graduation which is given out to the top performing minority student in the class. She agreed to write a letter for me that in short said that I was her mini-me and she fully expected me to leave the same kind of mark that she had at UPenn. Mind you, this is a woman who had met me just once. Talk about lofty expectations. I was fortunate to have received a scholarship offer from another Ivy league medical school (this school gave out very generous packages in an effort to recruit minority students) and in an email I sent to the Dean of Admissions, I made a mention of that fact and had Dr. Anderson-Rhodes send the dean her letter directly.

On a Friday afternoon, while at work, I got a phone call from a Philadelphia area code and my heart was beating out of my chest.

I picked up the phone and it was the dean of the medical school calling to tell me that not only had I been admitted, but that the committee had decided to award me a full tuition scholarship.

She then apologized that she could not offer me more money than that, which was hilarious because she had no idea she was talking to an imposter, but I digress. That easily became one of the top five moments in my life.

That is all to say a few things-

1) Networking is important. Don’t be afraid to reach out to people who are in position to help you. If it wasn’t for Dr. Anderson-Rhodes, who knows where I would be.

2) Pay it forward- after Dr. Anderson-Rhodes wrote that letter for me, I made it a point to reach out to other people coming behind me to see if they needed help. No matter where we are in life, we can always afford to help someone.

3) Don’t underestimate the power of suggestion.

At graduation I was also inducted into Alpha Omega Alpha and was chosen as winner of the Helen O. Dickens award. Apparently Dr. Anderson-Rhodes has seen something in me that I hadn’t.

GET TO KNOW CRYSTAL:

What’s the best advice you ever received as a student or young professional?: