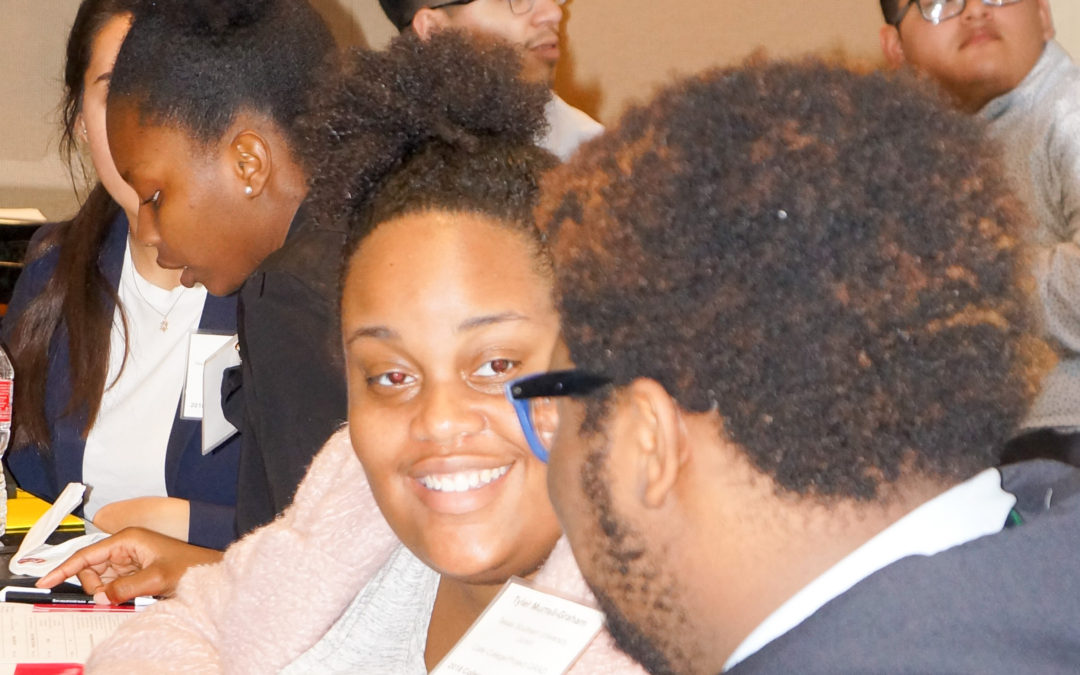 Because my research interests lie at the nexus of talent development, education policy, excellence, and equity and their impact on college access, three recent articles caught my attention (see below). Two of the articles, one published by the Jack Kent Cooke Foundation and one published by professors from the University of Connecticut, referenced recent studies on a student’s family income and the impact on access to gifted education programs. The other, a NY Times opinion piece by Ralph Richard Banks examines a study by Stanford University professors that debunks the notion that fixing economic inequalities will solve the problem of racism. Each made me question how we can spend our social capital to address those issues of race and income that impact the educational experiences of the most vulnerable students.

It had me asking myself again, how can I, with intentionality, help to disrupt the birth to prison pipeline with a birth to college-careers-entrepreneurship-joyful-life pipeline?

African American, Latinx, Native American and low income students from all populations are typically underrepresented in higher education. I believe barriers to access to public school Gifted Education programs is linked to the underrepresentation of the aforementioned populations in higher education in the United States. This lays the groundwork for further missed opportunities when students who have talent potential, are not exposed to the academic rigor that will allow them to be successful in college.

To address this inequality is vital if we are to equip students to be the leaders and innovators our nation needs. To do less robs our society and the global community.  Even as we work to address those economic and other systemic challenges that impact higher education access, we should not diminish the power of leveraging social capital to make change.

Ellison, Wohn, Khan and Fewins-Bliss (2012) pointed out the value of social capital as a theoretical framework to assist in understanding college access patterns and the potential to change both those tangible and intangible assets  that impact whether students make application to college, are accepted to college and complete a degree.  While there are distinctions in the types of social capital in the literature such as bonding (within group), bridging (across group) and linking (across group and power hierarchies), social capital, as used in this study is described as “the potential resources that reside in social relationships and thus may be accessed by an individual” (p. 7).

I don’t know what will work everywhere or with everyone, but I determined to try in big and small ways. I do this through one-on-one supportive relationships with students to help them navigate the college planning and application process, as a storyteller and artist in raising awareness, and as a scholar seeking to identify or develop research-based strategies to address root causes of educational inequality. I know the power of accessing social capital because on more than one occasion, I have been the beneficiary of someone spending theirs on me –and sometimes not finding out until years later that they had. Other times, I realized right away.

For example, when I was going through a divorce and trying to resettle my daughter and myself in a new city, I was hired by a nonprofit agency that focuses on adult literacy. My solo status was not a new experience, but I felt the weight of their pride when the African American literacy volunteers would come into the office and give me an especially warm welcome, often holding my hands as they spoke, and ending with some version of how glad they were to see me because “I’ve volunteered for over 5, 10, 15, years and you are the first African-American ever hired by this agency.” Sometimes it was a blunt, “because they don’t hire Black people here.”

My daughter was several weeks shy of her 3rd birthday when I arrived, so I was surprised when I was asked, “Have you enrolled her in the *special neighborhood school for kindergarten yet?” “Yet?” She wasn’t even three years old.  I replied that I thought I had a bit of time.

I was quickly assured that I did not, and if I waited until she was ready to attend, it would be too late since this school was by application only and first-come, first serve. Parents were required to sign a contract for their children to attend outlining their responsibilities and commitments, and they were more than willing to do so since outcomes for these students were usually better than other of the district’s public schools. Each day I was hounded by this very concerned group of women, until I finally took one of my lunch breaks and went to register my child for this special school.

The time I entered the office was carefully written next to her name on the registration roster. I think it was 11:39 and she was number 67. With, I think, just 4 kindergarten classrooms available, she safely made the 4th room, but that was because I found out about it when she was still two years of age.

I think of that experience, too, when I think of social capital.  Not being from the region, if I had not been in the office with four White women who were fond of my child, if not me, would I have known to even ask the right questions about kindergarten while my child was only two?

Using my own social capital means I also get to celebrate with *Isabella. I met her at church and in my casual American way, I said, “So, how are you doing?” when I saw her after service one Sunday. She said, “I’m really having trouble with Algebra II.” Not what I was expecting and in my gut I knew that was a call. I told her to meet me after school and I would tutor her.  During that time, I found out she wanted to be a doctor. She was in a vocational health program at school, and it soon became clear that she knew nothing about the college application process. I became quite upset. I felt she was being tracked rather than supported in her dream to become a doctor, so that became the focus of our time together. Since she was already a junior, and I was starting late with her, there was little I could do with course planning beyond her senior year, but we began to work on what we could.  The counselor supervisor’s office happened to be next to mine, so I knocked on her door to find out who the child should be talking to in order to make sure she’s doing what must be done to be ready for the college application process. I expressed my concern that she was being tracked and her goal of being a doctor was not being seriously considered. I used my social capital.

I found out in that meeting that a college fair was to take place the next week, and I told her I’d meet her and her mom there.  Having only greeted them briefly after church previously, I was surprised to find that her mom’s English comprehension beyond greeting and courtesies was very limited.  With Isabella as the translator, I explained that her job was mainly to be present. College admissions representatives liked to see the students take the initiative.  Knowing her scores, and the number of Math courses she would have time to take by senior year, I had created my own list of colleges to nudge her toward. I noticed, however, that she was walking to the tables, seeming to ask a brief question and quickly walking away. Finally, I asked her why she wasn’t interested in those schools and told her that I thought they were quite good targets for her.  She said, “They don’t have a medical school.”

I felt as if a light exploded over my head. That is when the importance of social capital, again, was magnified for me. Yes, I was a first-generation college student, but because I had older sisters who had attended college, I’d had someone to walk me through the process when the time came.

As an English Language Learner student herself, and child of an immigrant mother, she had no idea that the first 4 years admissions process did not usually include medical school; so, we spent the next year, walking step-by-step through what was considered “common knowledge” by those from college-going families. By her senior year, when we attended the college fair, she knew what questions to ask and to my delight, the counselor supervisor had contracted with a translator to be on site – a need she hadn’t considered the year before.

Isabella rushed toward me at church a couple of months ago when she got her first admissions, and thanked me with tears in her eyes. I told her my truth, “So many people have helped me, some of whom I will never be able to pay back. It was truly my pleasure. “

One person may not be able to change the whole world, but one can harness the power of their social capital to change someone’s world. In our personal and professional lives, the rewards are invaluable when we seize the opportunity to use what social capital we have to be a bridge.

*for the purposes of this article

Students in Poverty Less Likely to be Identified as Gifted

Students in Poverty Less Likely to be Identified as Gifted

An End to the Class vs. Race Debate

GET TO KNOW DR. DOCKERY: 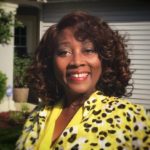 Darlene Wiggins Dockery, PhD describes herself as a daughter, mom, sister, friend, school district program coordinator, scholar, artist and founder of Carpe Diem Educational Consulting. She is particularly proud of her salad-making and map-reading skills.  To find out more about her work and how to book Dr. Dockery for seminars, workshops or private consulting: www.carpediem2learn.com