What I Learned Traveling The World For A Year After College 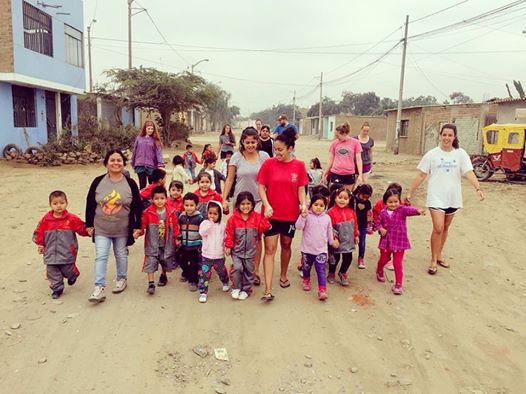 “What I Learned Traveling The World For A Year After College”

Since my very first trip to Portugal to visit my granny when I was just two years old, traveling has always been part of my DNA. Visiting friends and family in South Africa, Mozambique, England or wherever, meant that traveling just became part of the natural rhythm of my life. So it is unsurprising that when I graduated from Duke University, I decided to make the crazy decision to leave everything I knew behind and live out of just one backpack for an entire year.

As a senior in college, every time someone had asked me the dreaded question of “What 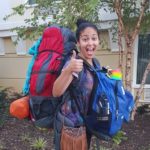 are your plans after you graduate?”, I knew I wanted to spend a year doing something completely different that would take me on a totally new path and develop me as a person. During my fall semester, a friend told me about a program called the World Race, a missions gap year visiting 11 countries in 11 months. About 30 seconds into the promotional video on their website, I was hooked.

However, when I saw the cost of the trip, I nearly fell out of my chair. Nevertheless, I persisted. I began the long, grueling, humbling, frustrating and most miraculous journey of fundraising all the money needed for the trip. I am still in such awe and have so much gratitude for every single person that made my experience possible.

So in September 2015, a group of 35 of us set off on this amazing journey of a lifetime visiting Bulgaria, Romania, Albania, Kosovo, Zambia, South Africa, Swaziland, Colombia,Ecuador, Peru and Bolivia. We partnered with local churches and charities in each country, coming alongside all the incredible work they were already doing in their communities and met some of the most amazing people that I will never forget.

Living in community with 35 people, who were all strangers to me before we started, moving home 11 times and carrying all my possessions for the year on my back made it was one of the most rewarding and most challenging experiences I have ever had.

It stretched me in ways I didn’t even know were possible and I grew in ways I never could have imagined.

Travel can be an excellent teacher if you are willing to submerge yourself in new cultures and assume the humble posture of a learner.

There are some big life lessons you will never learn in a classroom and through this absolutely life changing experience, here are some of the things that struck me the most.

1. You don’t need as much stuff as you think you do.

I used to be an over prepared packer. I always take 2 extra pairs of jeans just in case. But carrying all of your life’s belongings on your back for a year seriously makes you reevaluate what is important to you and what you actually need. In my experience, it’s not really all that much. The process of simplifying my life was one of the most difficult at the start, but most liberating at the end experience’s I have had.

2. Hospitality could change the world.

I have never been so humbled in my life as when strangers, many of whom had significantly less than we did, opened up their homes, fed us, cared for us and took care of us like we were their family. So many of the cultures that we experienced place such a high value on being hospitable to foreigners. We’ve all heard the statistics on how there are 65 million refugees, asylum-seekers and internally displaced people. If even half of us were as hospitable and kind as so many of the people I had the honor and privilege of meeting, we genuinely could change the world.

3. Community is messy. But it’s beautiful and so worth fighting for.

I always say there are two situations where you find out what people are really made of. 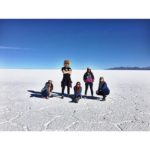 Group projects and living together. The Race offered me those two things combined, all the time, with no breaks. For almost an entire year, I ate, worked, slept and lived with the same people. People who I instantly connected with and found such joy in and other people who sometimes made me want to pull my hair out, but who all challenged me to communicate, manage my emotions, resolve conflict in a healthy and mature way, and learn to love better.

4. So much could be resolved if we just took the time to listen.

I was one of only five people of color on the whole trip, one of the few Obama supporters (I was genuinely surprised to meet people who weren’t as amazed by the Obama’s flawlessness as I was) and we learned a lot about cultures that look at the world in a totally different way. Since we spent so much time together, it resulted in many heated conversations on politics, religion, money, you name it, we probably discussed it. But for the most part so many people had a genuine desire to listen to and understand one another’s experiences, and we all left changed (for the better I think!) because of it.

5. Traveling is always a good idea.

When I told people I was doing the World Race, many people thought I was fundraising just to go on some glorified 11-month holiday. While that wasn’t true at all because I don’t know about you, but my holidays don’t usually involve grueling manual labor and being stuck with people I didn’t choose, but even if I was just on a glorified holiday, traveling has so much value. Experiencing different cultures is never a waste of your time, it’s an investment in gaining a better understanding of our increasingly globalized society. It makes you a more well-rounded person, a more competitive applicant to jobs and graduate programs, and demonstrates a commitment to doing something (hopefully) about your ignorance about the rest of the world.

GET TO KNOW LIZETE: 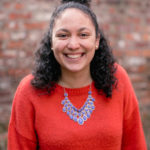 What’s the best advice you ever received as a student or young professional?

The best advice I ever received as a student was from an advisor who led one of the organizations I was apart of. He always used to say, “Stay crunk. Don’t let anybody steal your joy. Finish strong.” Staying crunk just meant staying true to who you really are, the world doesn’t need another clone, it needs you to be the fullest version of yourself. Don’t let anybody steal your joy was a reminder to not lose perspective on what we were thankful for and celebrating, positivity can change outlooks. And finally, finish strong meant completing the job at hand, persevering when other falter, following through, being a good steward of what you have been given.

What’s the best advice you never received but wish you had?
Take better care of yourself. You are of no use to anyone else if you’re not healthy. The demands and pressures of life, especially as a minority, can often lead us to ignore our mental, emotional and spiritual health. These things matter if we are going to show up as the most authentic version of ourselves.